What Are Neurological Disorders?

These are diseases that will affect your body through your brain, nerves, and your spine. Modern science has documented 600 different diseases. Most of them are going to impact the nervous system, specifically in the brain, leading to conditions such as Parkinson’s disease or epilepsy. Although some of them are the result of genetics that have been passed down from generation to generation, others are the result of the way you have lived your life or components of your surrounding environment. Let’s go over a few of the more common ones, and the treatments that may be available for people that are suffering from these conditions.

Epilepsy is a condition that is characterized by seizures that a person will experience. Nerve cells within the brain go through abnormal activity, affecting the neurons in the brain. There have been 2 million documented cases of epilepsy, with as many as 150,000 more coming out every year. There are many different causes for this condition which will include an imbalance in your neurotransmitters, abnormal nerve connections, and it may also develop after someone has had a stroke or head trauma. Doctors will recommend going through an MRI and PET scan, plus an EEG will also be used to diagnose and treat this condition. Treatments will include brain surgery, medications, as well as neurostimulation procedures. Some people have gone through clinical trials for different pharmaceutical remedies that have shown great promise which will include anticonvulsants such as diazepam and many others.

This is a progressive and chronic disorder that can affect the movement of an individual. Once it starts, it will progressively get worse over time. About 1 million people in the United States have this condition. The cause of this disorder is not known. There is also no cure for this disease. There are, however, treatment options available to deal with the symptoms of this disorder. Symptoms will include tremors, slowness of movement, rigidity in your trunk and limbs, and is thought to be the result of a loss of brain cells that are related to physical movement.

This is the most well-known form of dementia, one that is characterized by a loss of cognitive abilities such as memory loss. For those that do have dementia, a persistent and chronic disorder that impairs memory and reason, most of them have Alzheimer’s. It should be stated that this is not a regular part of aging, and only affects a small percentage of adults that reach the age of 65 or older. It is because it worsens over time that medical science has been trying to identify it’s cause and eventually come up with the cure. 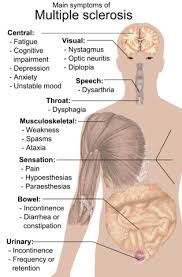 MS is a condition that is also chronic and can become extremely progressive. It causes damage to what are called the sheaths of your brain’s nerve cells, and even those in your spinal cord. The symptoms of this condition begin with numbness, followed by speech impairment. People will also become severely fatigued, develop blurred vision and loss of muscular coordination. This is another condition for which medical science has no answers. It is thought that it is hereditary, and they have even ventured to believe that smoking might be a probable cause. Regardless of how it starts, because they have no clear answer as to what is causing it, there is no specific treatment that cures this condition. People will receive medications to help with the symptoms such as beta interferon treatments and even steroids. Until they can identify what causes this, they will not be able to come up with the cure but will continue to treat the symptoms through basic treatments such as Botox, tranquilizers, and muscle relaxants.

These are just a few of the more common neurological disorders that exist. Hundreds have been identified over the decades. Treatment options are available for some of these diseases while only an effort to manage the others is possible. In the meantime, medical science is continuing to work on potential treatment options. There is no guarantee that anyone will ever develop these diseases. It is something that could happen but only occurs in a small percentage of the population. As medical science continues to progress, it is likely they will be able to identify the causative agents that lead to their development and will subsequently find a cure for each one of them.